What Fidel Castro’s Memorial Revealed To Me 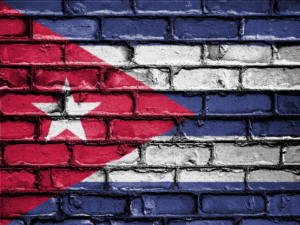 In light of the death of Cuba’s revolutionary hero, Fidel Castro, and Professor Runoko Rashidi’s first group trip to Cuba, I mused over the way the American media reported his death as a contrast of celebration on the part of Cuban exiles in America, and grief on mainland Cuba. I began thinking about how the rest of the world felt about Castro’s death, as well as individuals in my own family who were around during the revolution.

I was fortunate to have received a notification of a Facebook Live stream of Castro’s memorial at Jose Marti Revolution Plaza. As Jacob Zuma of South Africa came up to thank Castro and Cuba for their help in the fight against Apartheid, I began to feel excited about what I heard. I couldn’t really understand most of what was said by other dignitaries in their native tongues and the Spanish translation; however, I had a sense that it was all positive as the audience screamed “Viva la revolucion, Viva Fidel!” The highlight of the evening, for me, however, was when the chairman of the Caribbean Community (CARICOM), Prime Minister of Dominica, Roosevelt Skerrit stood up to reaffirm CARICOM’s long time solidarity with Cuba. “The Caribbean Community, CARICOM, recalls with pride that it was four of our Member States who rallied together in 1972 to break the diplomatic isolation of Cuba in this hemisphere. We have to continue to fight for the removal of this unjust (US trade) blockade against the Cuban people and rest assured, our voices will be even louder than ever before,” Skerrit said to a cheering crowd.

We constantly hear about the United States and the United Nations coming to the aid of so-called Third World countries. It was wonderful to know that CARICOM, Africans in America, and on the continent stood in solidarity with the people of Cuba, who for the most part, look like us. My eighty year old relative, who was born in Cuba to Haitian Parents, came to visit me early this week. At the time of the Cuban revolution, she was twenty three years old. I asked her to reflect and tell me what the death of Castro meant to her. As I listened intensely to her reflections, I felt even better about my question. According to my godmother:

“Castro died, Castro lived.” His decision to step down ten years ago was the beginning of his removal from office, only to put his brother, Raul Castro, in his position as president. Castro represented a part of the Caribbean that dared to defy America and won. Say what you want about Castro, but every Cuban is educated, and everyone eats. If it wasn’t for the embargo, like the one that was placed on Haiti, the Cuban people would be much farther. A convoy of Cubans recently distributed energy efficient lightbulbs to different parts of Haiti. Since they are not allowed to accept any funding for their humanitarian efforts, they bartered for jeans and sneakers with Haitians in the marketplace who were thankful for the light bulbs. There are so many doctors in Haiti who owe their medical training to Cuba. Even in our family, every year someone else is headed to Cuba to become a doctor, not to mention the tremendous medical aid that Haiti has received from Cuban doctors.

When I asked her how she felt about the people in Miami celebrating the death of Castro, she responded that she never paid any mind to the dissidents, since she couldn’t understand why they would be upset at a man that allowed all people an opportunity to be educated, and eat. As a matter of fact, according to her, their disdain could represent something more sinister in their past. They may have been the main reason why the revolution was necessary.

According to my family member, she doesn’t know if Castro was a good or bad leader, all she knows is that after living in America, Cuba, and Haiti throughout her life, she has come to the point of realization that Black people everywhere are under attack, but nothing made her happier than knowing that there are places on this earth that care about children who want to become educated; there are countries that care enough to send help to those who need it the most; and there are opportunities available to people all over the African diaspora to become doctors, if this is what they want. Man is not to be worshipped, but when a man’s deeds touch a segment of humanity that is ignored, his death should be a moment of reflection on how to continue to strengthen communities through education, true humanitarianism, and sharing.

2 thoughts on “What Fidel Castro’s Memorial Revealed To Me”